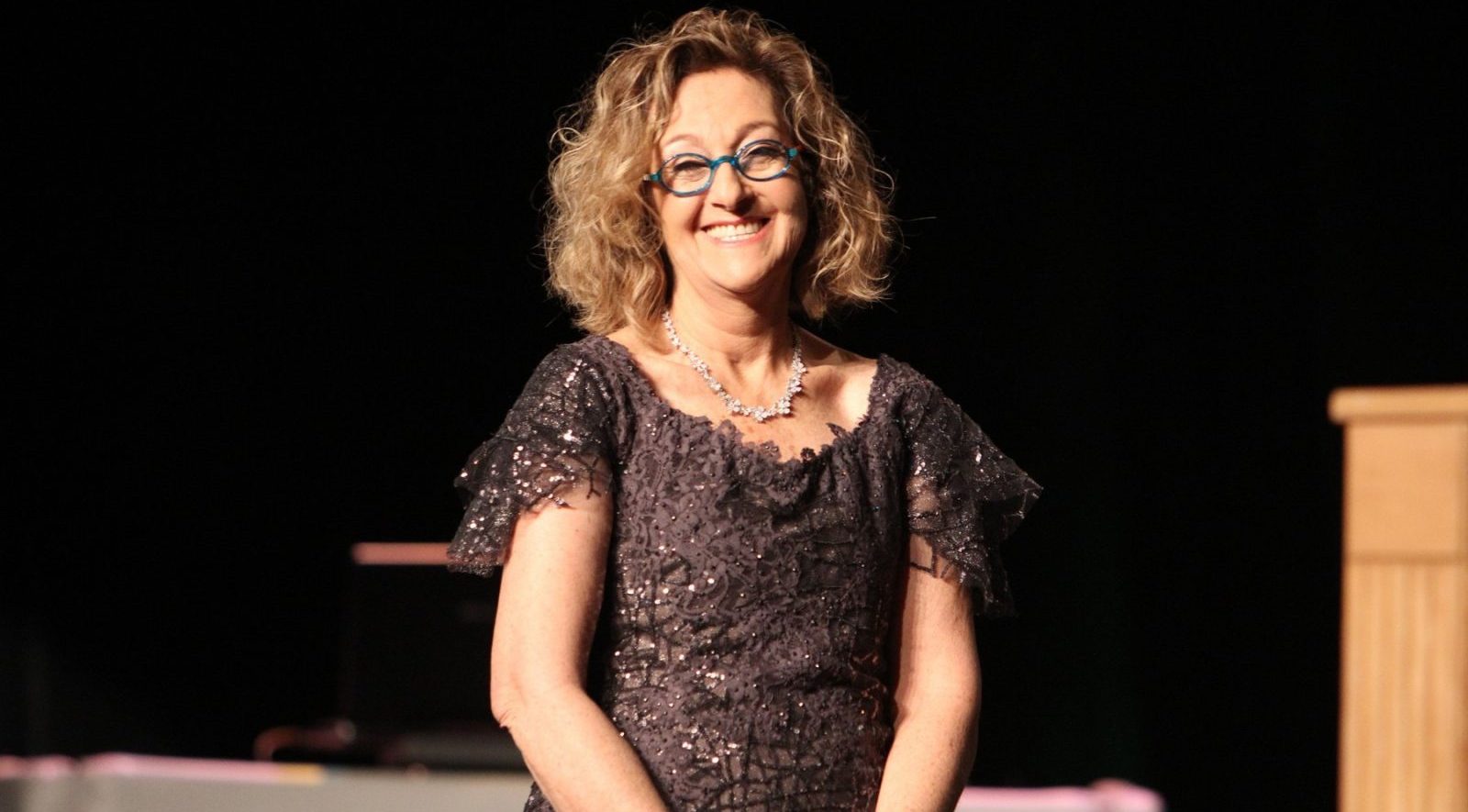 The ‘I Have a Dream’ Foundation Miami chapter will celebrate its 26th annual Gala on Thursday, November 18, 2021. The Gala will be an online experience and fundraiser celebrating the new group of Dreamers, the Class of 2032. With much gratitude to the sponsors: event sponsor – Suffolk Construction, title sponsor – Willis Towers Watson and dinner sponsor – Lockton Companies Florida.

The ‘I Have a Dream” Foundation is a cause near and dear to the hearts of Acqualina’s developers, Stephanie, Jules, and Eddie Trump. In honor of the upcoming philanthropic event, we talked with ‘I Have a Dream’ co-founder Stephanie Trump to learn more about her work with the Foundation and what to expect from this year’s Virtual Gala.

Tell us about your history with the ‘I Have a Dream’ Foundation.

It was 1981, and we were living in New York at the time. We were watching 60 Minutes, and it was covering this amazing piece showing Eugene Lang—who founded the ‘I Have a Dream’ Foundation—and it showed him giving a graduation speech at his alma mater in the Bronx. When he got there, the principal said to him, “You know of these students, only 15 or 20-percent of them will go on to graduate high school,” and he said, “That’s absolutely disgusting.” He threw away his fancy speech and looked at the parents and children and said, “You stay in school and I’ll send you to college.” And that’s really how the program began. I looked at my husband [Jules] and we both decided if we were ever in a position to do something like this, we would. So, fortunately, in 1994, we were in a position to do this. We were living in Miami and started the Miami Chapter. We had gone to New York, met with Eugene Lang, talked about what the program was and how to become involved, and that’s how this all came about.

What about this Foundation spoke to you to become involved?

I realized that to make a real difference for inner-city children, education was the only way to do it. With this program, you feel that you’re changing the life of a child, and it has a domino effect because it may not be only the Dreamer you reach, but their siblings, cousins and children down the road.

How did the Foundation evolve since its inception?

We choose a school where at least 75-percent of the children are on the free lunch program—which means that you’re in the right socio-economic group. We take the whole grade in the school. The first one we picked was in Liberty City—the Charles R. Drew Elementary School. And we follow the same format as Eugene Lang—they stay in school and we pay for their college tuition. But, it’s more than that. You’re dealing with populations where, generally, it’s the first generation to go to college or even finish high school, so we have to do a lot for them to help make this happen. We do after-school tutoring four days a week, college tours, SAT/ACT prep—really whatever was needed to give them the tools to go on to college and become proud and productive citizens. We also highly recommend trade school. And we make sure that the students have safe environments at home. So many of these children come from very stressful environments, and not everyone thinks about that.

So, you take it a step further than just providing the students with education. You also give them a support system.

Absolutely—and that’s the beauty of the program. It’s a wraparound—we call it a wraparound service because it’s everything. We give them the support they need and we act as the constant in their lives. We try to affirm them with positive words, rather than the negative ones they may have been used to. We tell them, “Of course, you are going to be successful and you can make your dreams come true. And if you want to be something, you can do it. You just have to work with us to be able to do it.” Jonas Severe is our project coordinator, and he really is the glue that keeps the program together. He is on 24/7 call and always there for our Dreamers.

Do you keep in touch with the students?

Yes, we try to keep in touch as much as possible. Our first group of Dreamers graduated in 2005, and we had some amazing statistics because we started with 100 children and 97 of them reached 12th grade. 83 of them graduated on time, and we had over 56 who had gone on to either a two-year college, four-year college, military or trade school. Every now and then, I get calls from students saying they want to continue, which we love. Just recently, we helped one of our former students go on to nursing school.  Our second class of Dreamers graduated in 2020.  Out of 107 Dreamers, 96 graduated on time and five graduated in 2021. As a result, 86 Dreamers are now enrolled in post-secondary education.  Our Dreamers have gone on to become teachers, social workers, secretaries, electricians, nurses, entrepreneurs, and proud and productive citizens.

And when we do our Gala every year, we invite the Dreamers to come so they can meet our sponsors and the people who have been so generous over the years and learn from each other. We love to hear their success stories. In particular, two that come to mind are that we had one student move on to a wonderful position at Holland & Knight and another student was named ‘Teacher of the Year.’

Have you been doing the gala since you started?

This is our 26th year, but we actually started with a golf tournament, when we owned the Williams Island golf course. We did the dinner at the Island Club on Williams Island. I was so excited that we had 80 guests that first year. I thought it was amazing. However, what is really amazing is that at our in-person galas we have had more than 750 guests.  We fortunately have wonderful supporters.

Do you have a particularly fond memory from the Galas over the past 26 years?

I just remember feeling so inspired when the Dreamers came out on the stage at the gala and they did a skit, songs and dances. And watching everyone react to it is so overwhelming. It’s not your typical gala where it’s social and no one really knows what the organization is truly about. Here, they can see exactly where their money is going and feel proud of empowering these children. And most importantly, it’s so exciting and special for the Dreamers. I always hope there’s someone in the audience who becomes inspired as we were and says, “I want to start a program like this as well. Tell me what I need to do.”

Is there anything special we can expect from this year’s gala?

This year is even more special because we have a new group of Dreamers to celebrate at the Gala. The 63 new Dreamers are in the 2nd Grade and will become the graduating class of 2032.  Similar to last year, we will be hosting a Virtual Gala on November 18, 2021. It was a difficult decision whether to host the Gala in person or online. We decided to do it virtually for the safety of our community.  We will have a mix of live elements with prerecorded segments and as with all of our previous Gala there will be a fabulous silent auction and a few surprises throughout the evening.